Well, we have walked the edge from the southern tip of Canada to the southern tip of Phoenix, Arizona and are now happily ensconced in a lovely RV resort in the heart of the desert. There’s cactus all around, sun, sun, sun (fifteen centimeters of snow at home), water zumba, lounging by the pool, volleyball, friends from home nearby and lots more. It makes you wonder what else (other than family whom I continue to miss all the time) you might need in your life. This contemplative mood makes me remember adventures we’ve had in this place and I thought I would document some of them here. Today’s memorable story is about the incredible caves that exist in this part of the world and the one that follows outshines them all.

This park is in New Mexico, a very southern, very beautiful place in the United States.  Arriving at the Carlsbad Caverns is an experience in itself. As you drive, there’s nothing around but antelopes in the fields,, cactus and the never-ending sun. However, over a hill a national park entrance suddenly appears. After parking, you go into the building, buy a ticket, get your instructions and then enter a world that you didn’t know existed. You begin your journey either by elevator or walking and either way, to your amazement, you descend seven stories under the surface of the earth. We chose to walk and so began our adventure by travelling down, down, down on a circular path that seemed, from the top, to have no end. Back and forth, further and further we went until we had gone beyond what we considered possible. In addition, we realized that any information that we had been given on the surface  had not prepared us at all for what we encountered at the end of that downward spiral.

The bottom of the path opened onto one of the most remarkable sights I have ever seen and which left us both gasping and amazed. A slim metal fence on either side of a concrete winding path and lights of every colour on the walls and rocks around us made for a scene that seemed as if it should be in a science fiction movie. The only thing that remained to be done was to figure out what movie we were in and how we got there.  Awe became our companion and we moved slowly forward. There were no other people and the silence was complete. Wow, what planet is this?

Google says that a stalactite is an “icicle-shaped formation that hangs from the ceiling of a cave and is produced by precipitation of minerals from water dripping through the cave ceiling”.  What Google doesn’t say is that an average stalactite is:

In the Carlsbad Caverns, there are hundreds, maybe thousands of stalactites, each one more amazing than the last. We reverently moved forward on the concrete path, totally absorbed by the sight of the “icicle-shaped formations” before us. It was truly a memorable moment. 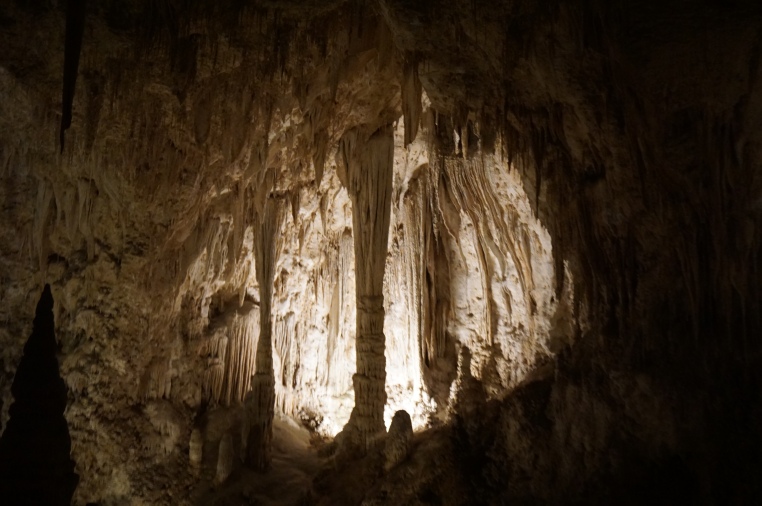 But just when we thought we had seen the most beautiful thing in our experience, we would round another corner. Stalactites were awesome, stalacmites (upward -growing mounds of mineral deposits) were incredible, but when they met in the middle and kept on growing, they made something that was hard to comprehend, even when looking at it. The offspring of these two mineral deposits, that is, the formation they make when they each keep growing until they touch, is called by geologists a “column”.  I thought it was more like a miracle.

And last of all, the colours. My favorite place was called a “garden” and it featured shapes of every size and shape, numbering in the hundreds. Our eyes couldn’t take it all in and our awe deepened more and more. We felt so fortunate in being able to have this experience and happy to be able to share it like this. Enjoy. 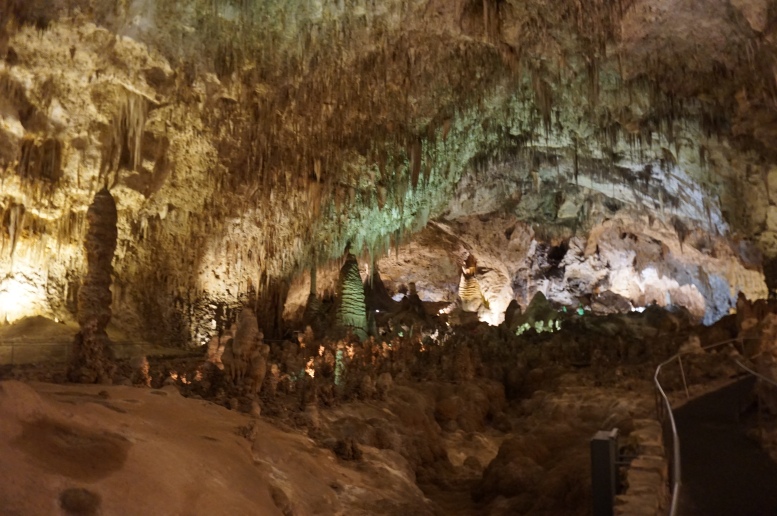 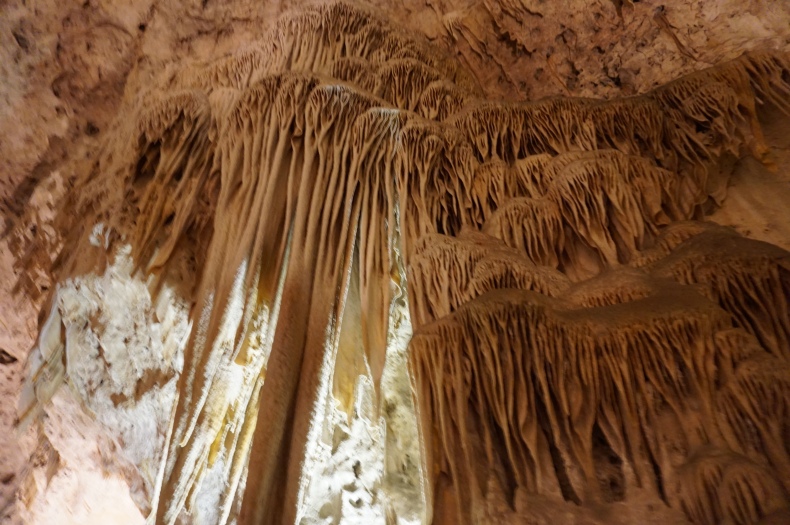 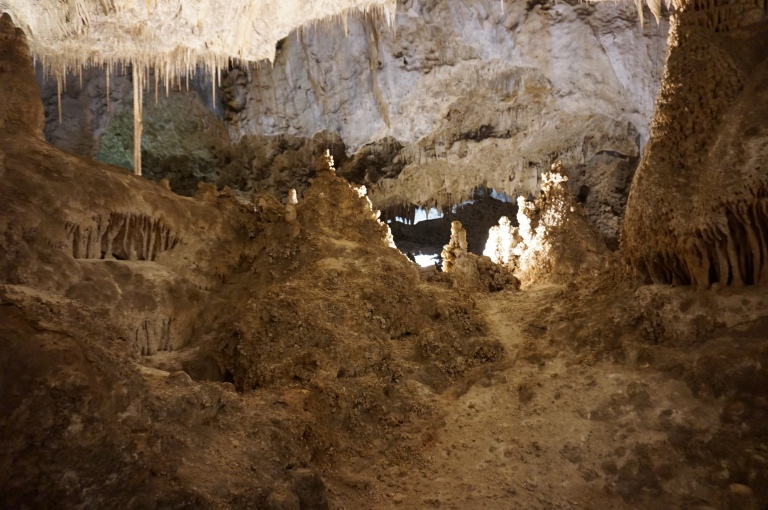 View all posts by gjtravellers

5 thoughts on “Another Kind of Down Under”